In 1968, tempered glass sphere models emerged that would eventually shatter, sending glass shards into the face of the user and anyone nearby. In the early 1970s, manufacturers changed them to plastic spheres suspended on each string. When they were swung up and down, banging against each other with a lot of force they made the loud “clacking” sound. Clackers are similar in appearance to bolas, the Argentine weapon. They are formed out of two solid balls of polymer, each about 2 inches (5 cm) in diameter, attached to a finger tab with a sturdy string. The player holds the tab with the balls hanging below and through up-and-down hand motion makes the two balls swing apart and back together, making the clacking noise that gives the toy its name. With practice one can make the balls swing so that they knock together both above and below the hand.

Clackers have also made some appearances in pop culture media. They are featured in the television shows of Dan Schneider, most notably the 2007 episode of Drake & Josh, “Megan’s First Kiss,” and in the 2008 Zoey 101 episode “Rumor of Love”, which described the toys as “the hottest in the 1993 Netherlands”, and which increased interest in the toys. Clackers were a plot point in the 1993 “Love and Sausages” episode of The Kids in the Hall TV series. They were also used as weapons by Joseph Joestar, the protagonist of the “Battle Tendency” arc of JoJo’s Bizarre Adventure; their appearance there is anachronistic, as “Battle Tendency” takes place in 1938.

Or maybe you just remember driving your mom crazy with the ‘clacker’ sound!!! Check out this video!!

We don’t recommend using these since they are the originals and we don’t want anyone hurt. But if you’re a collector of toys, they’ll be a great addition!

Did you ever have the clacker balls explode? Evidently, it created quite a stir. At one point the FDA, Society for the Prevention of Blindness, and even the Consumer Product Safety Commission deemed them a hazard. Read more about them by CLICKING HERE

It appears that you can still get Clacker Balls. They are made of plastic and do not shatter. The noise will still make one crazy. (chuckle)

Don’t forget to stop in soon. We’re watchin’ for ya!

It is always intriguing the items you can find in our shop. These Brodie Knobs, also known as ‘suicide knobs’ are just one of those unique finds!

Let’s look into the background of these “Brodie Knobs” which teens from the 50s and maybe early 60s will remember:

Suicide Knobs Are Not Illegal

Contrary to popular opinion, these Brodie Knobs are not illegal. You can check out this post and do your own research.

As we love to do, here’s another interesting tidbit for those of you not familiar with these Brodie Knobs:

The above article from WeeklyView is a great, nostalgic piece. In the meantime, drop by and chat with us. We’ll be watchin’ for ya!

In researching for this post, we were surprised by the fact that this Japanese Samurai Helmet made of 5-yen coins is actually a popular craft. Here’s a quote from one story we read about a Tokyo grade-schooler back in the 1980s who created an entire suit of armor:

It’s interesting to learn that there are quite a few pieces of Samurai armor created with Japanese coins and tokens. Want to view more? Do a search for <Samurai Coin Helmets> and see for yourself.

While researching, we also found this interesting Samurai project from the Lego Ideas site! Who would have thought!

Just like we tell you all the time, we are most definitely a “Collection of Collections.” Some are very unique items as you can tell from our beautiful Samurai Coin Crafted Helmet. We hope you’ll stop in and give it a look! It’s quite an amazing piece and in great shape! (Of course, we wouldn’t want to wear something like this in battle!!!)

Yep, we’re watchin’ for ya! See you soon.

It was sitting on a high shelf and we just realized it was up there. It has many possibilities:

Have an idea that might make this basket useful to you? Stop by and see it soon. We only have one! Yep, we’ll be watchin’ for ya!

We received this beautiful, hand-carved African Birthing Chair from an Olympic skating coach who no longer had room for it in her home.

An absolutely exquisite piece, hand-carved with elephant and giraffes, this chair most certainly fits “Conversation Piece” to a T!

We believe it’s made of mahogany. Must be seen to be appreciated.

In the meantime, we thought you might get a chuckle from this interesting story of one woman’s first experience seeing a birthing chair in a museum.

Stop in soon and see this beautiful piece, then browse our shop. We’ll be watchin’ for ya! 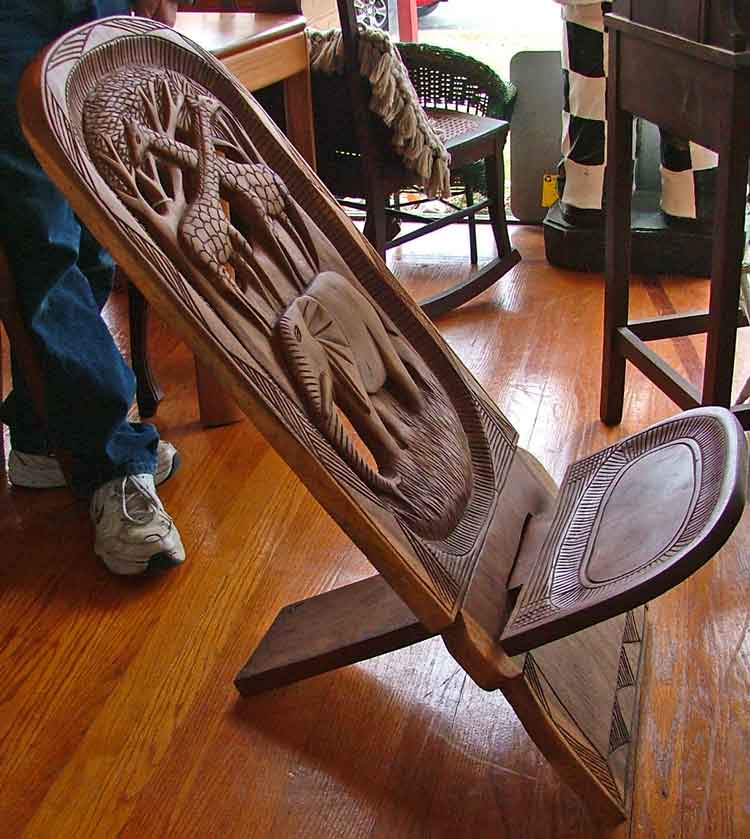 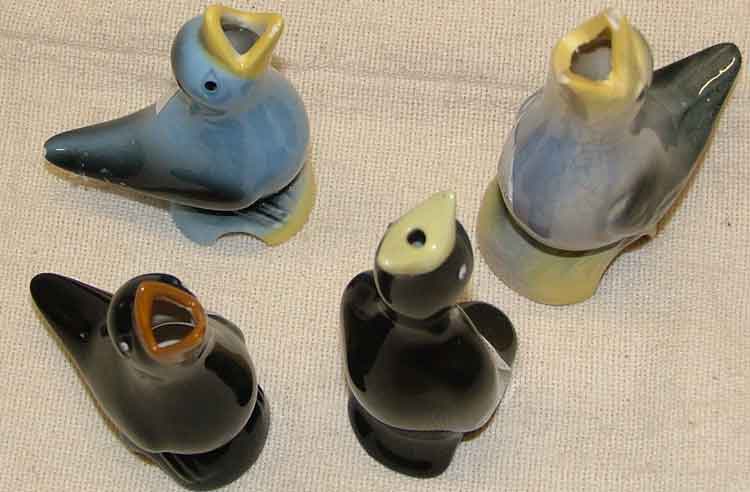 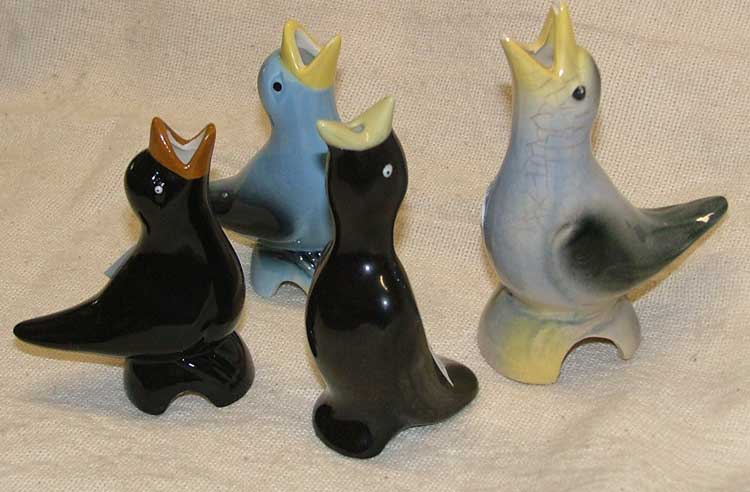 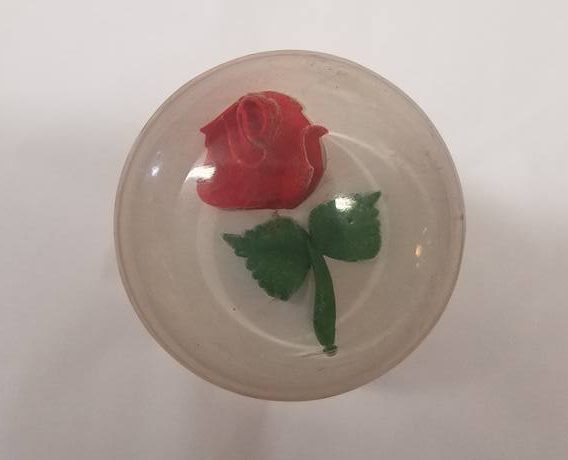 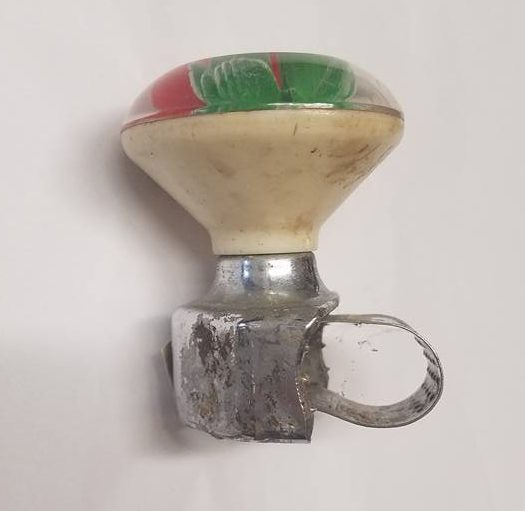 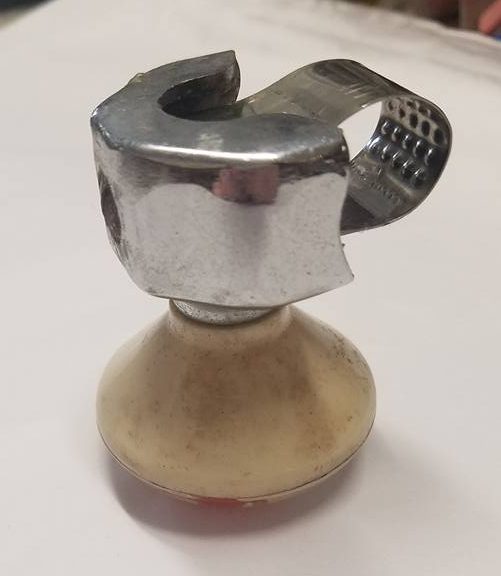 It seems this SPOKESHAVE was too easy.

But if you didn’t know what it was, here’s a great video to show you how it works!

These are some of the guesses we’ve had for this unique item. 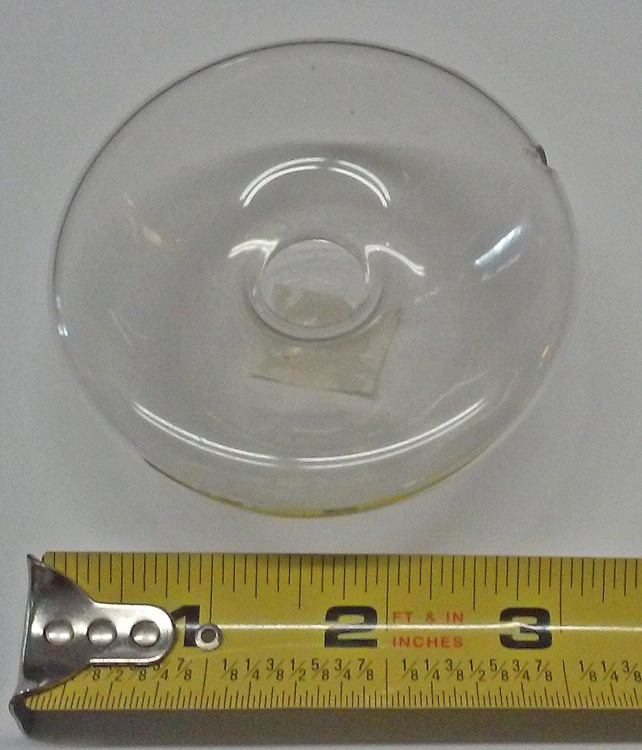 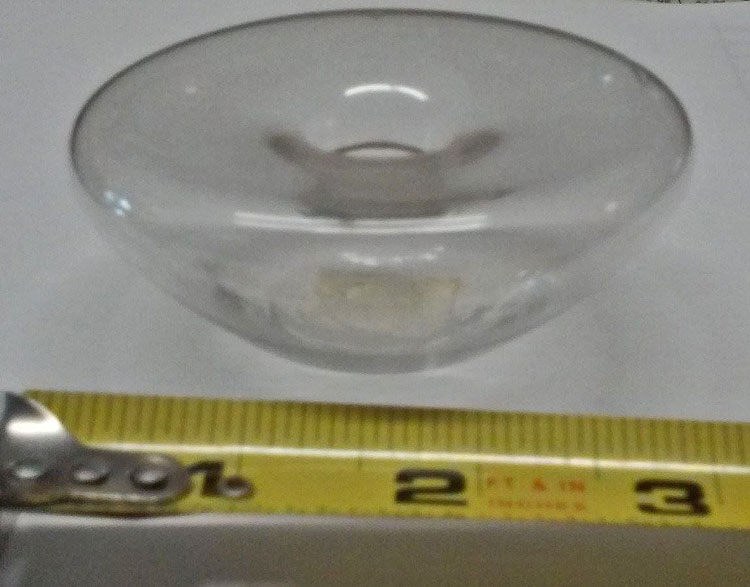 A tiny dish with a big task…

You see, you just never know what we might find at Bahoukas! Stop in soon and see what treasure you might discover!

Sugar Shaker? Salt Shaker? Some  kind of filter? What do you think?

FIRST guess was a sugar shaker from a Hoosier. 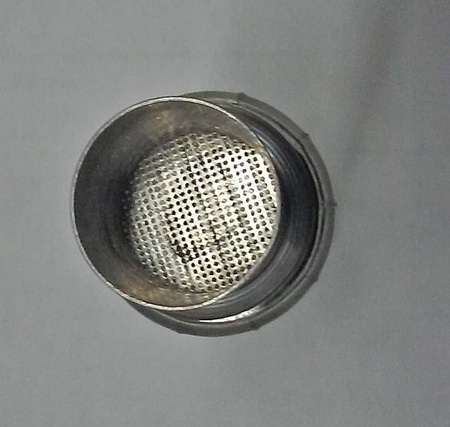 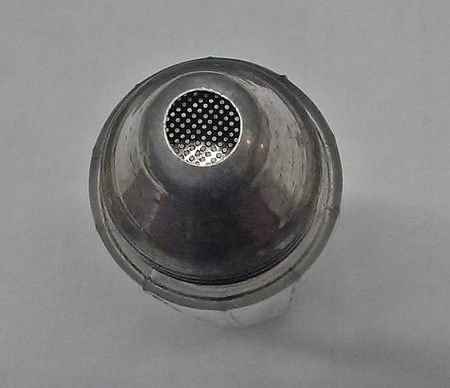 Yeah we have a winner Becky Fitzgerald is correct…..Mothball atomizer to attach to a vacuum cleaner 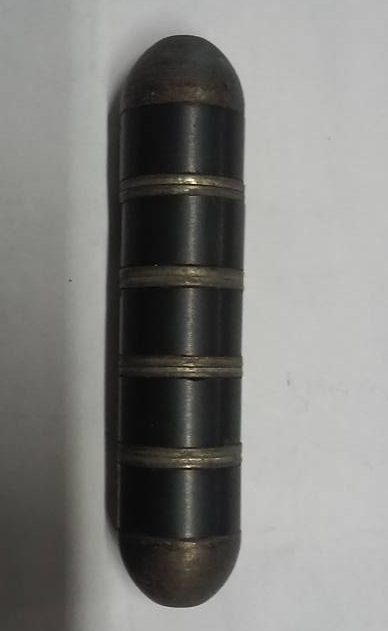 We are starting an identification game and want to see how many people can guess what the item is. The item’s identity will be revealed every Monday and a new item will be put on.

Next Clue:
All very good guesses but none of them are right – CLUE – North & South
We want to know what it is and what it’s used for!

DID YOU FIGURE IT OUT? Here ya go….

It was a Magnet to put down a cow’s throat to make its way through to pickup any nails or metal the animal may have swallowed!!!!