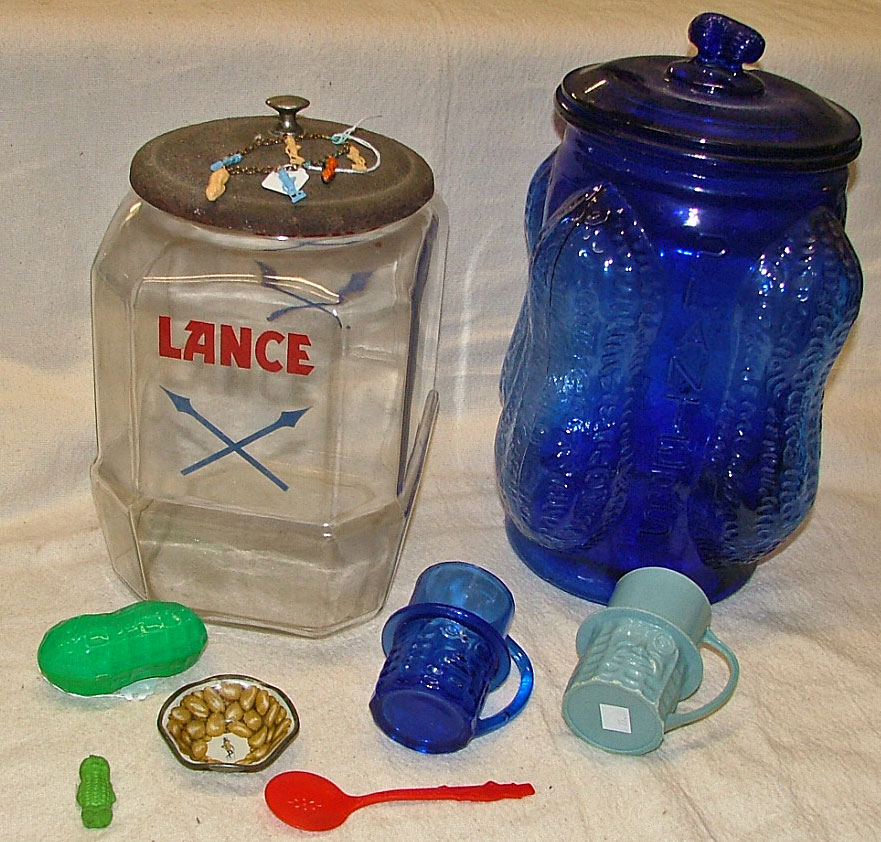 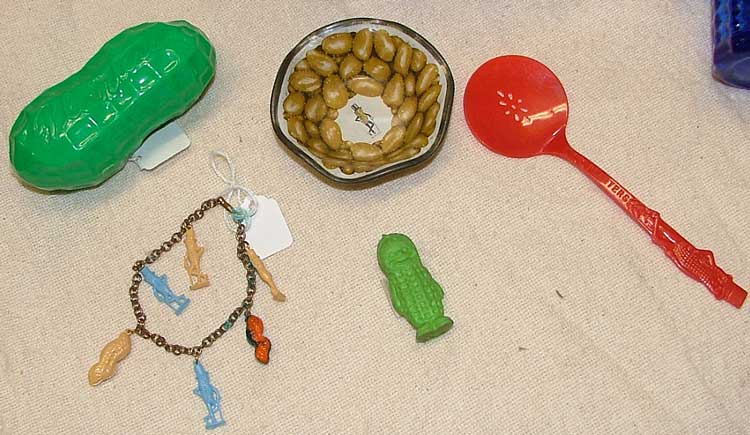 We Predict a Halloween Party in Your Near Future!

Bahoukas loves a party. Halloween is a perfect reason!

With a busy week of Homecoming, a Carnival, Halloween activities and sun-filled October days, you’re bound to be attending or hosting your own Halloween party. Here are some items to create a memorable event. Below are cast iron characters – a ghost and a nodder (bobble head) witch. Add these to your centerpiece to make your table or buffet really special. 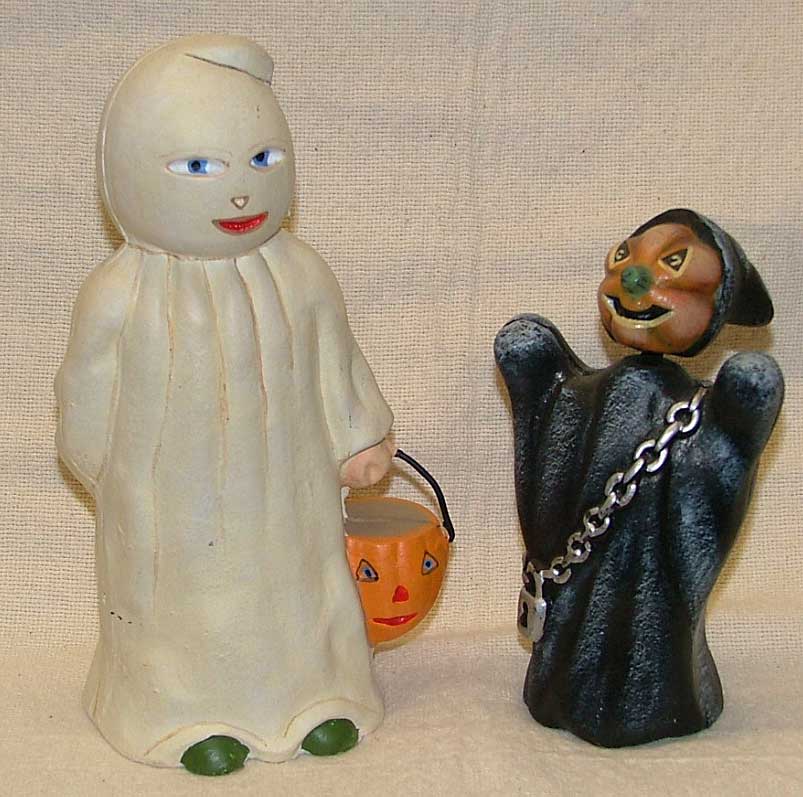 In the following photo, we show you just a few of the many wonderful vintage Halloween collectibles available at Bahoukas Antique Mall. A plastic puppet, small pumpkin etc for favors, a larger pumpkin to hold a candle, a tambourine with Halloween decoration, favors, and cupcake decorations, etc. Stop in and see the variety of really fun Halloween collectibles. Hurry, you’ll want them for your party this week! 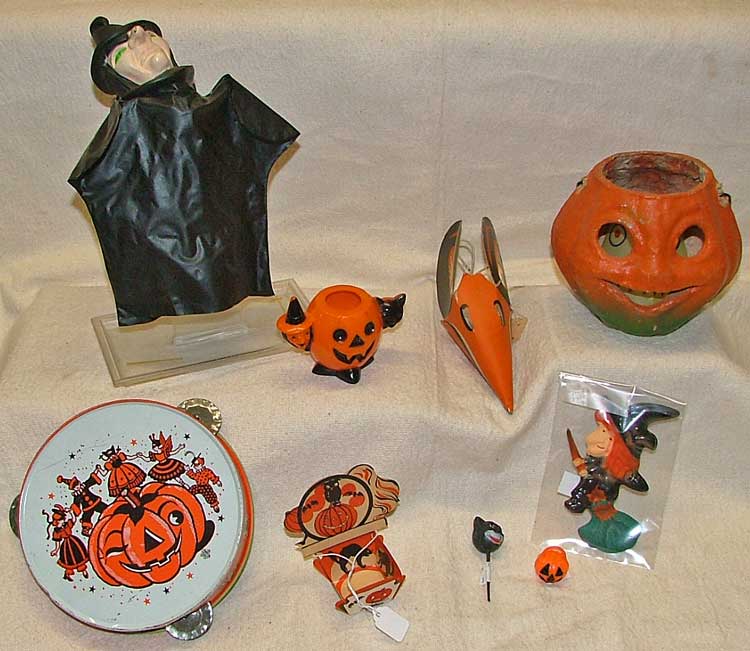 With Halloween retail sales projected to be 9.1 billion (yes that’s Billion – with a ‘B’), we know you’ll want to check out some really great pieces to add a wee bit of nostalgia to your decorations. And don’t forget, we have a lot of unique items to add just the finishing touch you need for your very unique costume. See you soon. We’ll be watchin’ for you!

Are you looking for unique Halloween costumes?

We just might have items you’re looking for at Bahoukas Antique Mall. Besides the standard mask or store costume, we have an eclectic selection of items that may add to your costume fun! 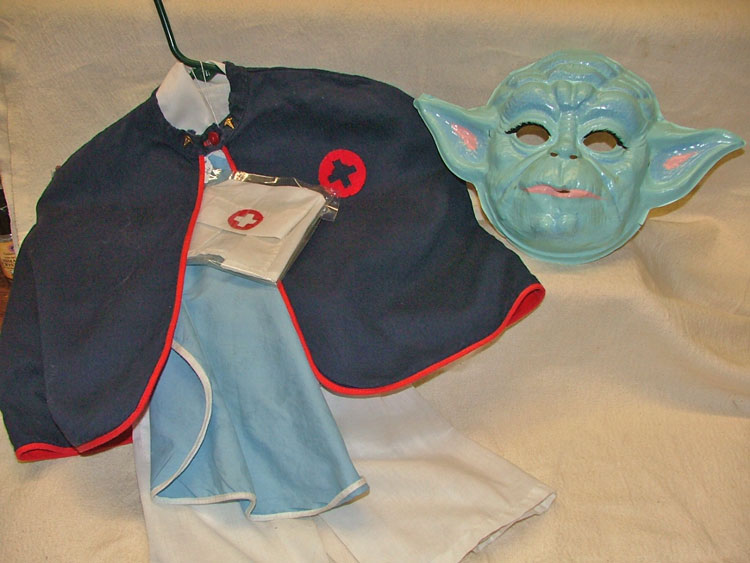 Yoda the legendary Jedi Master is always a favorite. This plastic mask is from 1979. But this size 6 child’s nurse’s costume is delightful. From the 1960s, it includes a beautiful navy blue cape with red lining, white cap and dress with a light blue jumper. Someone could be made very happy with this collectible. 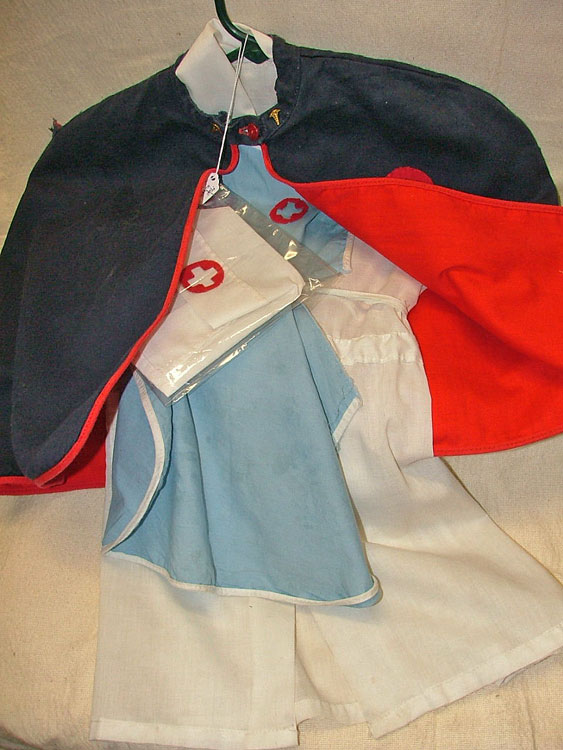 But our costuming doesn’t end there… are you looking for the perfect addition to your costume? Maybe a military hat? Or a Preakness hat? Maybe you need a bit of lace or jewelry to add the finishing touch. Don’t forget we have a lot of items in our toy area that might finish off the perfect costume. Stop in and see what great find you may discover.

Watch for upcoming posts related to the Carnival that’s arrived in town for the HdG Independence Commission fundraiser, and more items for Halloween party decorations! Stop by Bahoukas Antique Mall today. We’ll be watchin’ for ya!