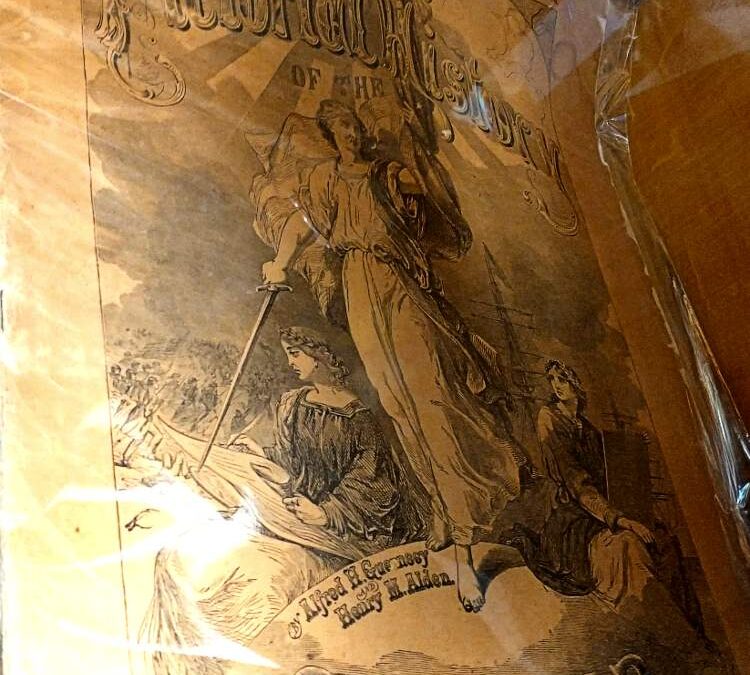 The latest addition to our Military and Civil War Antiques and Collectibles are about 20 issues of Harper’s Weekly Magazine from the 1860s.

Harper’s Weekly was the most widely read journal in the United States throughout the period of the Civil War. So as not to upset its wide readership in the South, Harper’s took a moderate editorial position on the issue of slavery prior to the outbreak of the war. Publications that supported abolition referred to it as “Harper’s Weakly”. The Weekly had supported the Stephen A. Douglas presidential campaign against Abraham Lincoln, but as the American Civil War broke out, it fully supported Lincoln and the Union. A July 1863 article on the escaped slave Gordon included a photograph of his back, severely scarred from whippings; this provided many readers in the North their first visual evidence of the brutality of slavery. The photograph inspired many free blacks in the North to enlist.

Some of the most important articles and illustrations of the time were Harper’s reporting on the war. Besides renderings by Homer and Nast, the magazine also published illustrations by Theodore R. Davis, Henry Mosler, and the brothers Alfred and William Waud.

Thomas Nast, legendary for his political cartoons in Harper’s, also cemented our present image of Santa Claus.
CLICK HERE for his story. It’s a most interesting read.

From antiques and collectibles, games and videos, to our amazing Beer MuZeum, there’s sure to be the perfect gift waiting for you to discover! We’re here … and we’ll be watchin’ for ya!