Do You Remember Beatlemania? 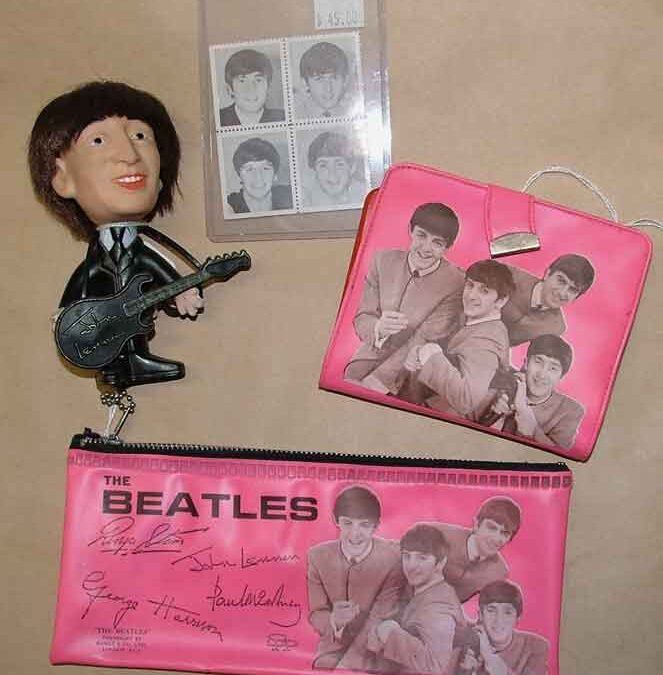 … mean food, shopping, meeting up with friends, games, vendors, and MUSIC!! And we have the memorabilia to add to the fun! Above are a number of fun Beatles items: a John Lennon figure, Beatles stamps, and a pink wallet and pencil case – all from the ’60s! Below are Beatles trading cards. Beatlemania was the intense fan frenzy directed towards the English rock band the Beatles in the 1960s. The phenomenon began in 1963 and continued past the group’s break-up in 1970, despite the band ceasing public performances in 1966.
_from Wikipedia

So much of the music from the 1960s and 1970s is still loved today by all ages. So as you enjoy our First Friday, don’t forget to stop by Bahoukas and check out our Beatles, Elvis and more music memorabilia PLUS CDs, Records, and more. Yep, we’ll be watchin’ for ya!