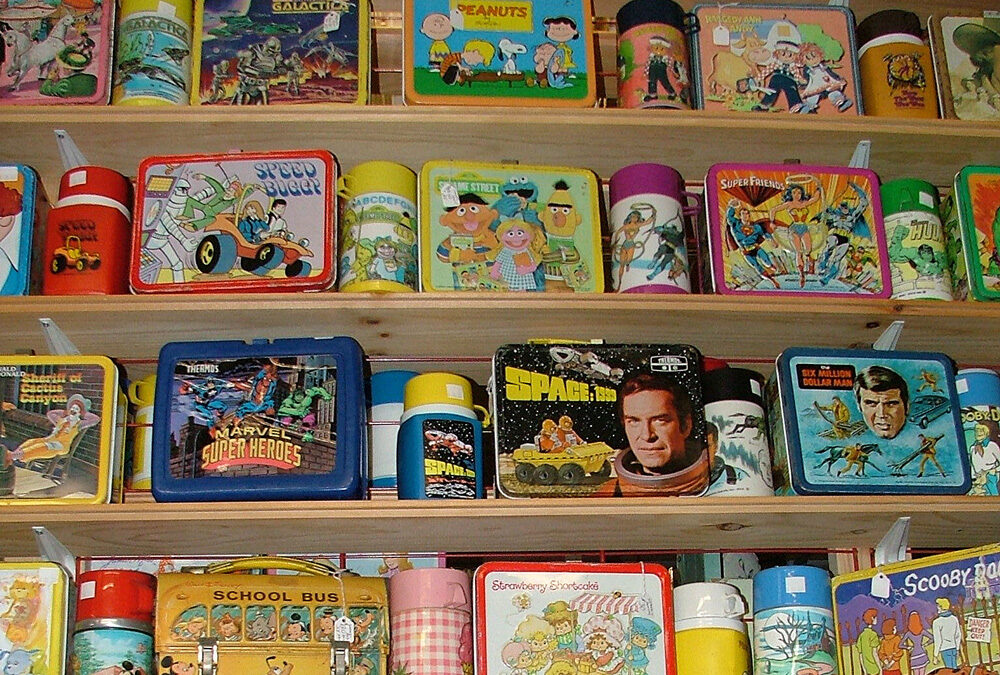 Did You Know the SMITHSONIAN Has a Lunchbox Display?

At Bahoukas we have an awesome assortment of lunchboxes from Hop-A-Long Cassidy of the 1950s thru Rambo in 1980. Many of those in the attached article can be found at Bahoukas! For a time in was believed that metal lunchboxes were outlawed. But they started coming back int he 1990s as commemoratives, often filled with popcorn.

Stop in and find the one you carried as a kid and share it with a youngster that would love to hear those stories! You’ll most likely end up talking about your favorite and not-so-favorite foods you carried as well!

History is in the bottle...
Copper adds warmth to your decor